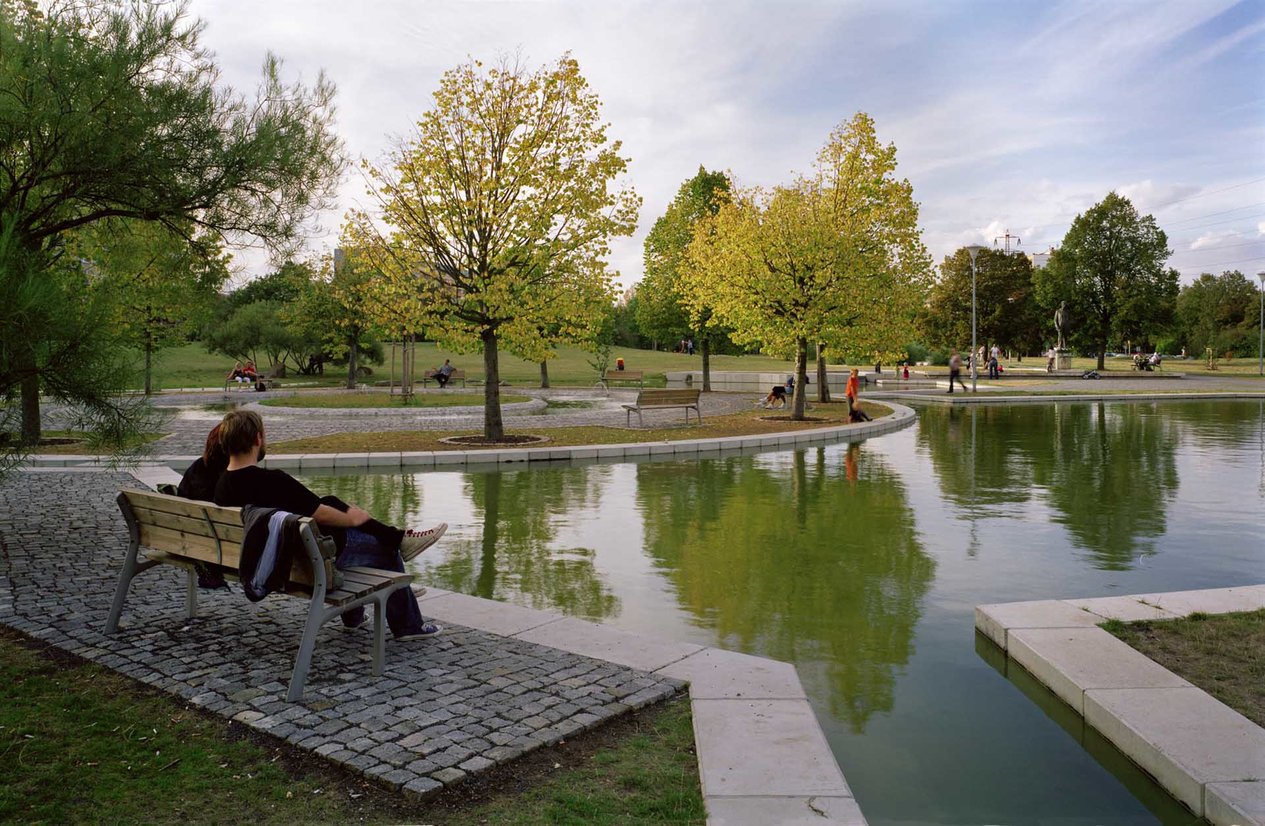 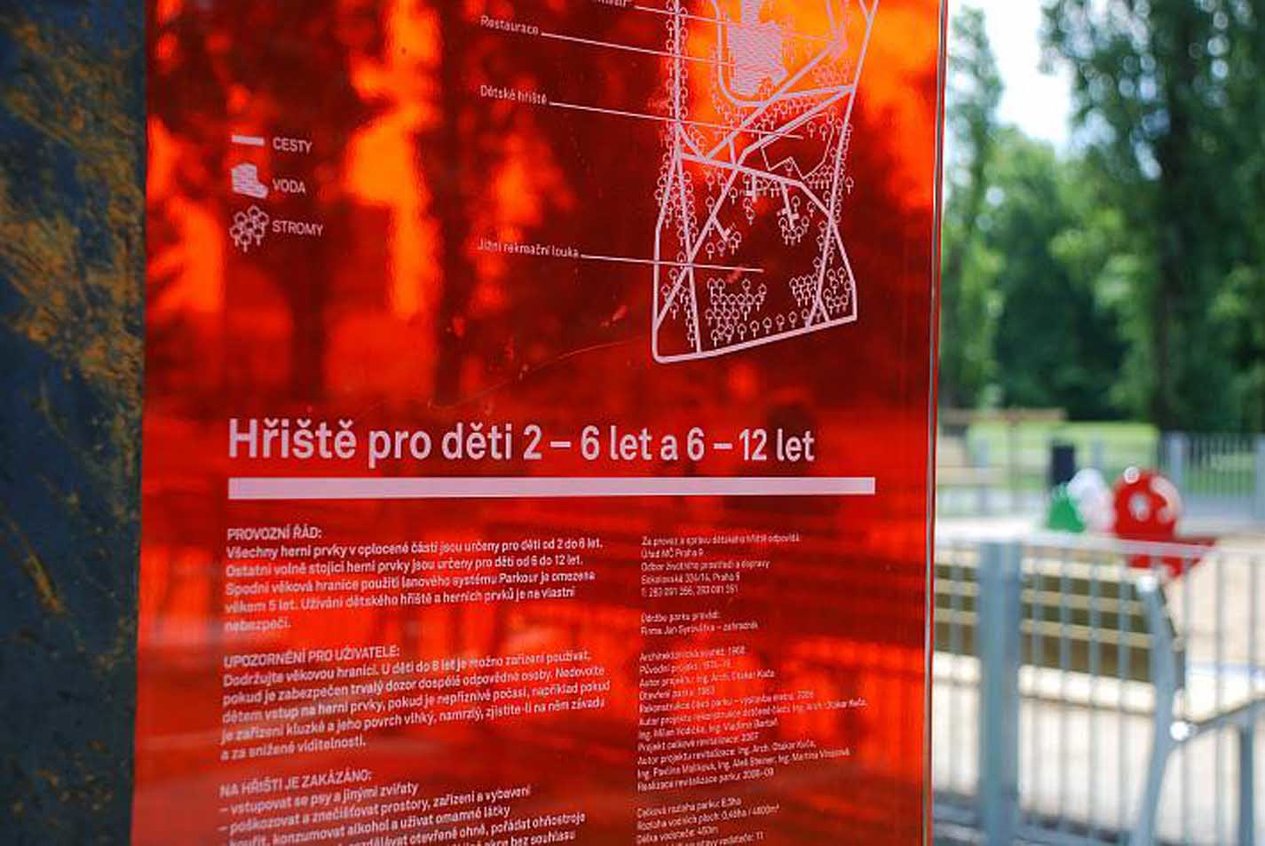 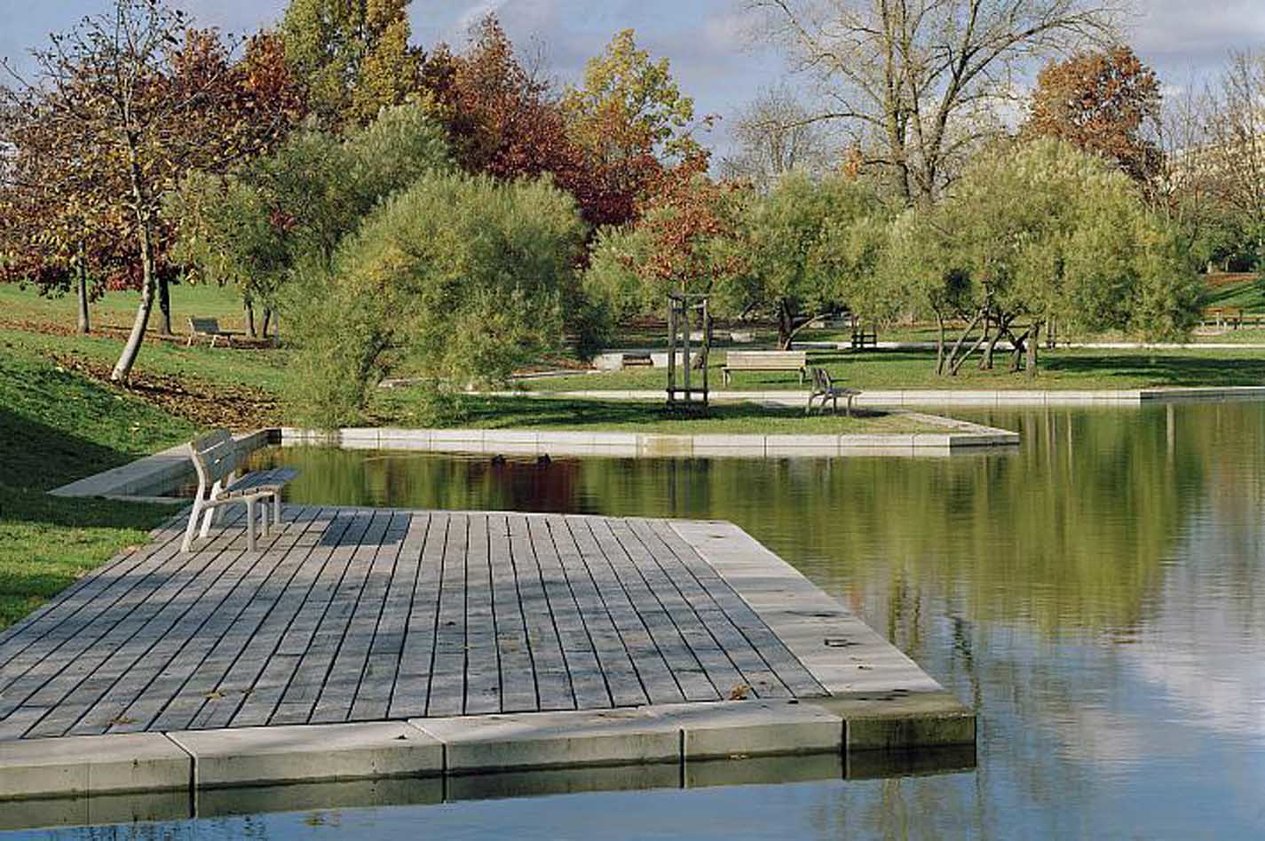 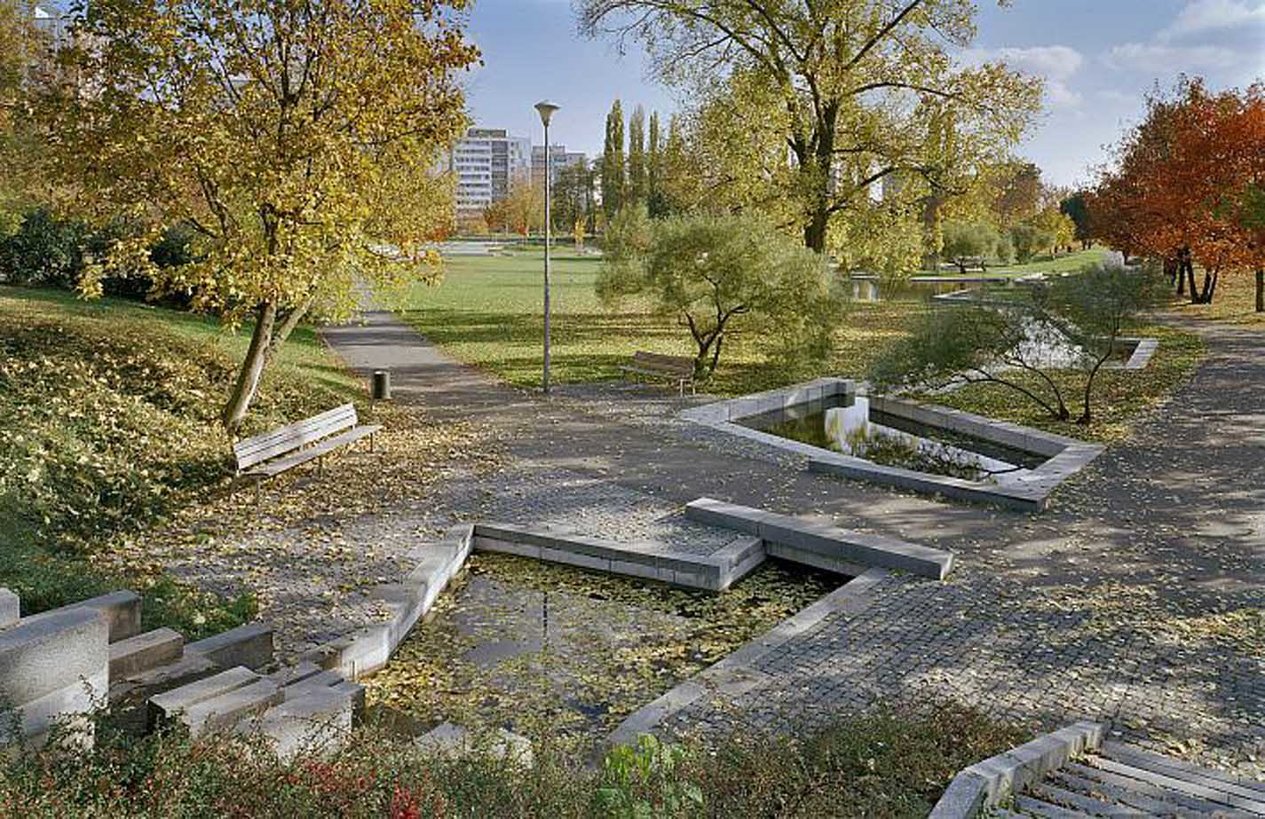 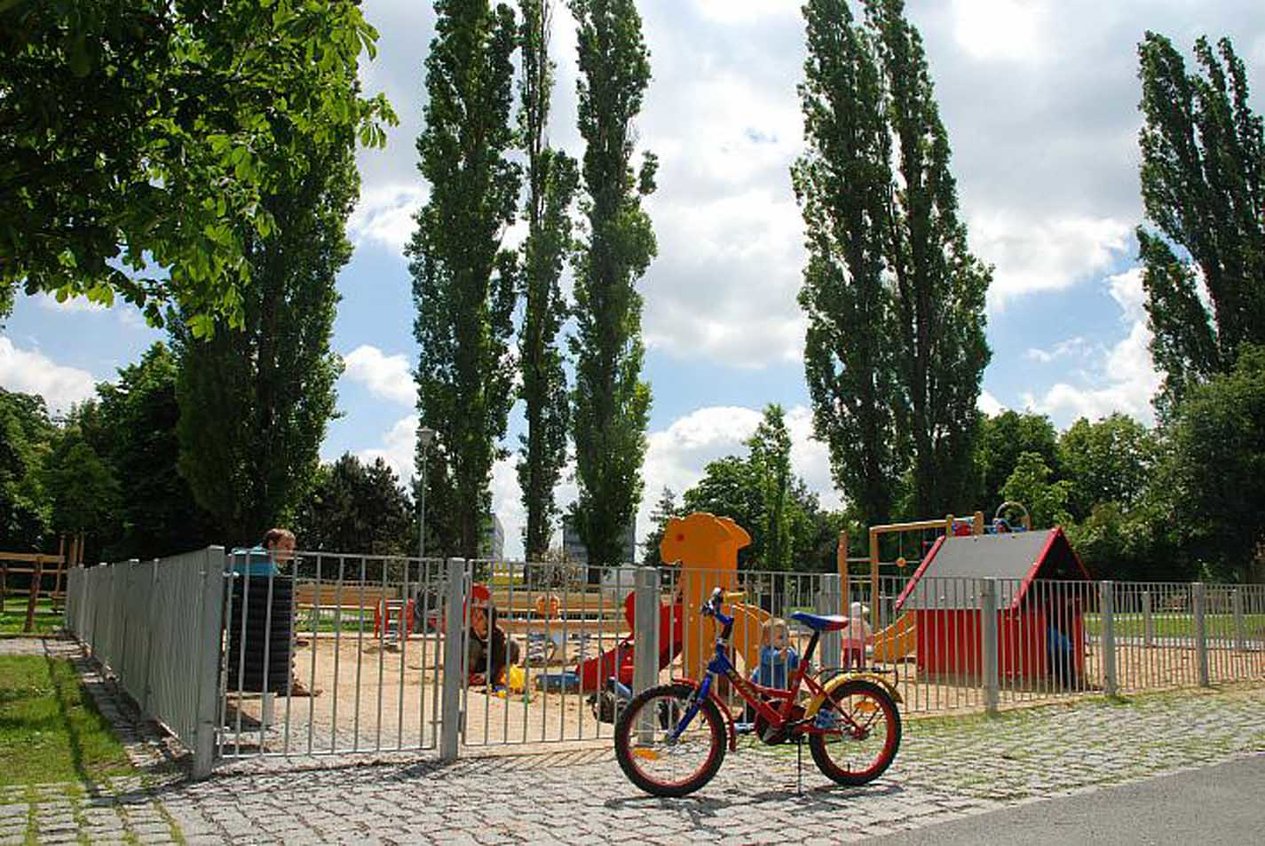 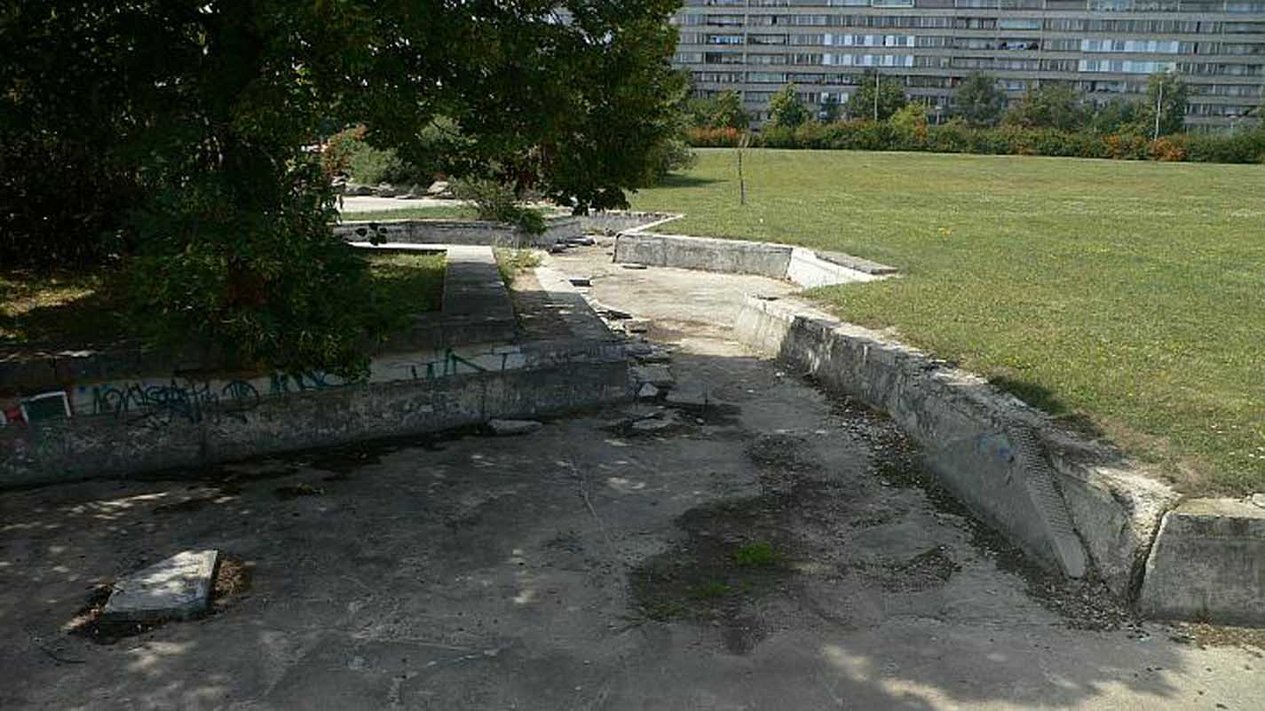 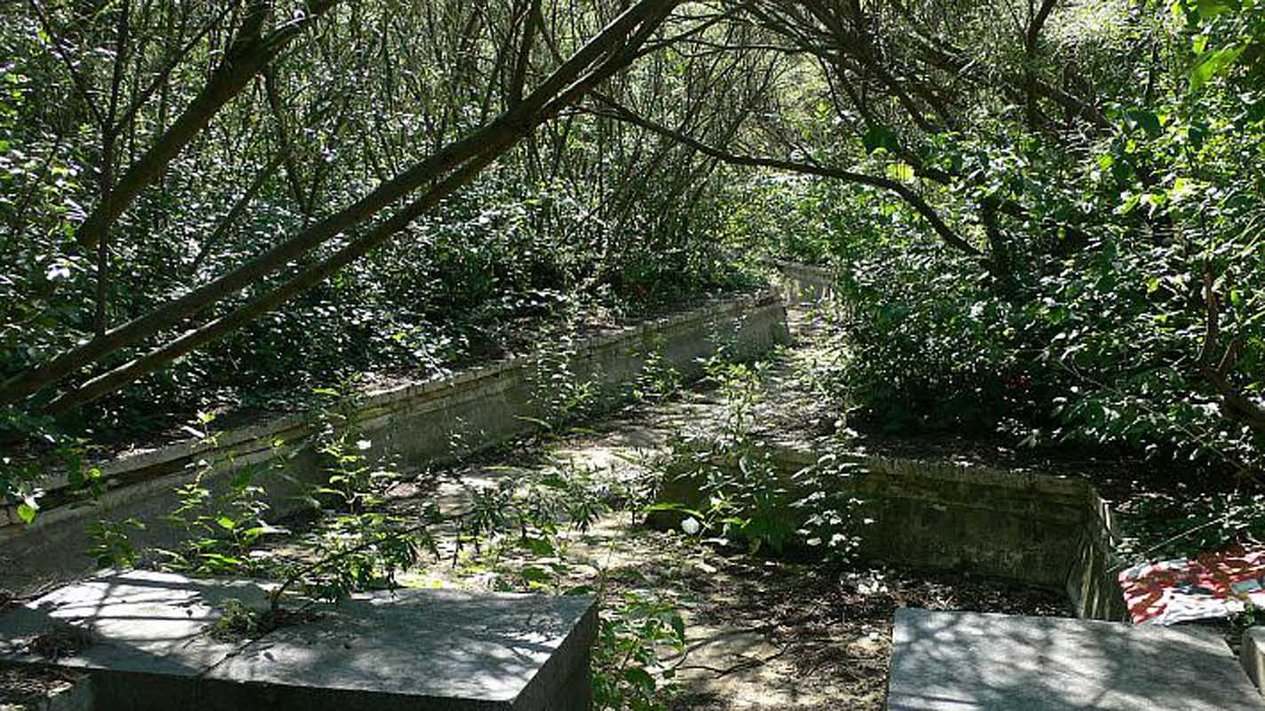 The park’s history dates back to 1968 when, an architectural and landscape competition for Prague 9 district park with a total area of 23 hectares was announced during the time of brief liberalization of totalitarian urban planning.  However only the central part of the park with an area of 10 hectares was realized according to Otakar Kuča’s winning design. After almost 25 years of existence, this under-realized and neglected park was approaching decay.  The park became an unused and dangerous place.

The   revitalization of the Přátelství  Park is  based on the unique and timeless original architectural design, which is dominated by  broken curves of the system of ponds and cascades. In the steppe climate of the Prosek housing estate, the ubiquitous sound of water arises from 11 overflows, which are part of the water system.

The redesign is based on the original high quality concept for the park. We maintained the principle of clearly-defined shapes of the stream on the original scale, complemented the network of paths and paved areas with time-proven routes and connecting paths and unified the width of the paths in the logical hierarchy based on the frequency of their use.  We added  leisure areas and functional units – an "amphitheatre", a rose garden with a petanque playing field, children’s playground, wooden piers around the water system and rest areas in the south part of the leisure meadow. We completely revised the number and location of park furniture. . We unified and streamlined the park by removing a continuous formation of bushes covering 9,000 square meters.

The original, visually heterogeneous concrete trough was replaced with a principle of visual precast L-shaped concrete prefabricated elements used uniformly for all walls across the whole stream, the bottom of which was created as a cast concrete slab.  The new bridges were made of reinforced concrete with the preservation of the sidewalls made of granite blocks and the original crossings of the water in newly-designed blocks of concrete.  The annulated tank of the roundel, made of granite cubes with conical walls, was newly paved.  The base of waterproofing assembly is Alkorplan foil. Water recirculation is provided by 2 powerful pumps located in the original engine room, new PE piping distributes the water from the engine room to the upper tank with an adjustable well and to the tank of the roundel, also equipped with 10 adjustable custom-made nozzles.  The individual tanks are separated by overflows with adjustable regulators for draining of the system before winter.  The recirculation does not have an active filter system. The water system, with a total area of 4,600 square meters, is supplied from the water main and the newly-drilled well.

The new surface of the roads, made of coated bitumen complemented with granite block curbs, is fully linked to the material assembly used and the needs of the park visitors.  All original paved surfaces made of granite cubes have been newly paved, complemented or adapted to existing requirements. We also restored the rose garden area with a new mortar surface and a new layout. The new architectural elements are visual concrete treads for sitting on them, forming the 'amphitheater' used for frequent cultural events and a wooden tourist pier on the shores of the stream to enable access to ponds and other attractions.

Quality, transparent and safe lawns take the place of the removed bushes.  Full-grown trees – 95 in total – were planted in selected parts of the park.  The beds of the newly-styled rose garden were planted with time-tested rose cultivars and shaped hornbeam walls; grassy areas on the islands are enlivened by spring-flowering bulbous plants - daffodils.

Realization of the park’s revitalization: 2008-09

Total area of the park: 8.5 hectares

Number of tanks in the water system: 11